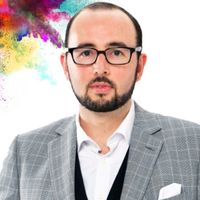 This week marks a huge occasion, we are one year down in Manchester at Harper Harrison and LHi Group, and what a year it has been.

367 days ago, I was carrying hardware from my car up to a very nice, perfectly positioned, yet small office. It was just me initially for a few months because I felt it was important to be here and get a feel for the market and the city.

When choosing the location for the Northern office, it was a straight race between Leeds and Manchester. Leeds was great for me personally due to family but I couldn’t look beyond Manchester for being the centre of the Northern Powerhouse.

I hadn’t spent a lot of time in the city before so was keen to find out just why people rate and love it so much. My previous posts describe just why I think that pound for pound, Manchester is the best city in the U.K (marginally beating my home city of Birmingham).  I still absolutely believe that to be true, although I love London.

You don't meet many recruiters who won't automatically brag that they are "smashing it". This is something I really detest. I am all about being 100% honest. The fact is, 2017 was a good year. If anything, maybe we were a fraction behind where we wanted to be but not by much at all. 2018 was the year where we put some serious numbers against it and had a rock solid budget using the intelligence gained the previous year. The first 9 months was about creating genuine foundations for growth and adding some really strong client relationships on which to hang our hat on for 2018. In this area, I think we exceeded expectations.

The first three months up in Manchester were really good and as a result, I brought my hiring plans forward.  Once we hired, our first challenging patch came - but it wasn’t unexpected as it happens when you are building something. I hasten to add, it was nothing to do with the new hires! I’ve been around long enough to live by what I tell graduates or any recruiter. Continue doing the right things, the right way and with the right intensity and it will come together. What weighed on my mind more was I had two grads thinking “if this guy is having a this tough a time, what chance do we have!”

Thankfully, it clicked. Matt and Lorna (new hires) were working well and we were back to performing. August onward was strong and the market showed clear signs of having serious potential.

Despite good performance, the last third of 2017 saw me occupied a lot away from work following the terminal illness of my father. I make the point that for 8-10 weeks I was subject to a huge amount of daily travel and the obvious emotional effects meant Matt and Lorna had periods by themselves. I have told both of them just how much I appreciated their support, effort and performance-several times. It demonstrated their commitment and their attitude. You always have a chance with people like that in your team.

More new hires and a new office followed. We said goodbye to Albert Square and are now in No1 Spinningfields. The best office location in the city in my opinion. As of February, we had a headcount of 6. We have two more signed and sealed to join mid-year and are about to hire another 2 people.

The year is shaping up nicely and we are ahead of a pretty ambitious budget.  Financials aside, we have a hard working group of people who know it’s tough to build a brand and a market presence and are giving it everything and that’s the most satisfying thing.

LHi and Harper Harrison in Manchester has a long way to go to get it to where we want it. But, sitting here one year on, I see us absolutely on track despite challenges we have had and will undoubtedly face. Today we go out to celebrate our birthday at Manchester’s hottest new spot- 20 Stories and the team fully deserve it!

Here's to the next 12 months with this team and the lucky ones who will join us! 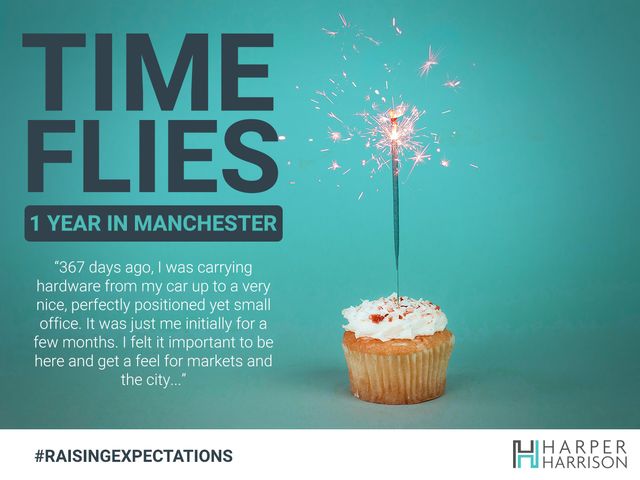